'Libby, let's leave it at that' by The Delgonives 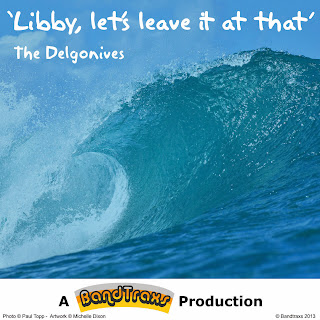 A brand new song and production performed by The Delgonives which sounds similar to those records released during the 1960's US west coast surfin' era. The orchestration particularly reminiscent of recordings that may feature the LA based 'Wrecking Crew' session musicians who performed on so many hits of the 1960's. Whether ‘The Monkees’, ‘The Beach Boys’ or Phil Spector’s wall of sound, 'Libby' is hoping to capture that spirit so evident in the song writing and studio back then.

This song was written and produced in London/England and the title comes from a comment British Prime-minister David Cameron made to a journalist who tried to quiz him about a rather delicate matter in the news, live on air!

The official release date is the 21st October 2013 and the track can be purchased from CD Baby, Amazon, iTunes and all leading download and streaming services.

Artists and musicians on ‘Libby, let’s leave it at that’