The official release date is the 1st June 2017 and can be purchased from, Amazon, iTunes and all leading streaming services. 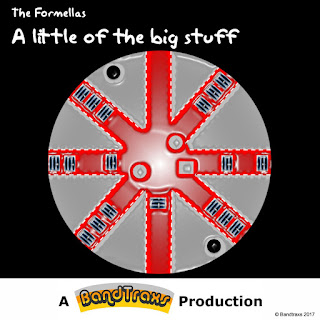 This song was originally an instrumental released on the Bandtraxs album named 'Make five' and was merely a notion that one day lyrics would be written and vocals added. These are the fruits of that idea with studio recorded drums, horns, guitars and bass guitar. Studio pro’s in LA provided the horn and the female vocal tracks with LaTisha on lead and b/v's, whilst Bobby Eli recorded Jeff Leonard on drums in his ‘The Grooveyard’ studio in Philly on the main tracks of this album. From a trivia point of view, the Loft mixes are specifically with early looped drums I was experimenting with before I commissioned Philly studio drums. These are real drums professionally recorded for producers to use with their productions whether demos or commercial releases, but I wanted a real Philly groove on this hence Jeff Leonard's contribution. The Moss mixes are the original London drums by Simon Moss from the instrumental version of ALOTBS off the 'Make Five' album released previously, except this time accompanied by vocals and other instruments not recorded previously. Simon was the drummer with Manchester 80s group 'The Clouds'. The bass guitar by Gavin Morris is on all versions, also from Manchester.